Yesterday, so U.S. time July 2008, 7, famous in computer science and HCI academia, but famous in the public for 'The Last Lecture'  Carnegie Mellon professor Randi Persh has died at the age of 47Says

When I saw him at CHI in 2005, he looked healthy and full of confidence. But  Last Lecture at Carnegie Mellon Esau's appearance was a little emaciated, Lecture at The Oprah Winfrey ShowAt that time, he looked really sick. There were people around me who died of cancer, so I saw him suddenly emaciated before he died, and it's exactly the same.

I don't think there was any miracle.

How sad it is for him and his family who have been preparing for separation like that... 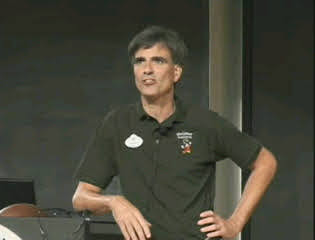 He has all the details and photos he had with his doctor about pancreatic cancer. his websiteThere is no news of his passing. Is it normal? If the owner of the website dies, who will update it? Who did you hand over your account privileges to before you died? Do you still need updates to your website after you die? When life ends, should the homepage of the virtual world also end? Or is it continuing to live in a virtual world? I do not know.

Part of the last lecture found a video with Korean subtitles.

based on this lecture I used it to drive my parents' negligence for 30 years into 3 months.Is 'last lectureThere is a book called '.

The published book was also considered a gift for children. “How do I push the parenting role of 30 years into 3 months? to be published as a book. In fact, that is the only way.”

What should I do for my child?

We mourn the passing of Professor Randiforsh.